A Spaceship Made of Junk

As I was saying, I went to study "Model Design" at Hertford Uni from 1998. I built a variety of models there, some of which are no longer around or wouldn't be of much interest. I thought you might be amused to see this one though. The project was to design then build a special effects-style model out of "found objects", photograph it and then work up the images in Photoshop to reflect the design sketches. The actual model was about two feet long, but the idea was to make it look huge in the final images.

The first picture here is my "storyboard" drawing for one of the images. Then there are two photographs of the actual model, which was built from a packing crate, bits of kids' toys and parts from discarded desktop PC's. Finally there are three Photoshopped images of the finished thing. How to work Photoshop would have remained a useful skill, but that was something my ageing brain quickly forgot.

Anyway, something different for today's post, but back to proper wargames models tomorrow! 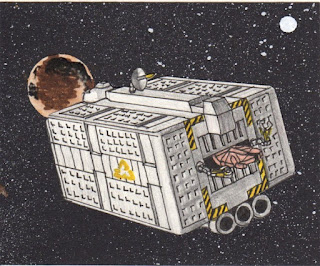 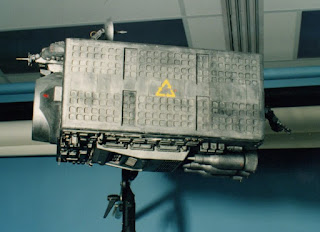 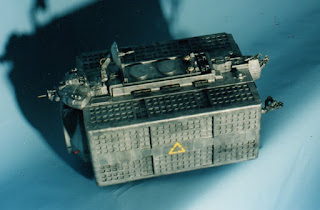 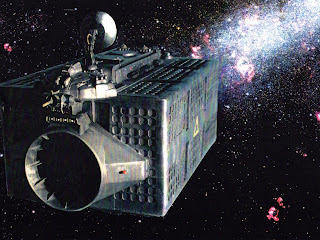 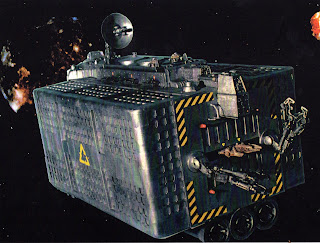 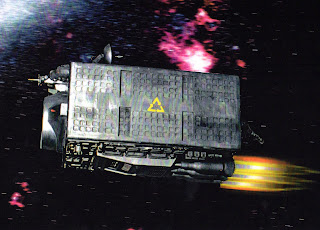 Email ThisBlogThis!Share to TwitterShare to FacebookShare to Pinterest
Labels: Oddments